The store will not work correctly in the case when cookies are disabled.
020 8561 9485
Skip to the end of the images gallery 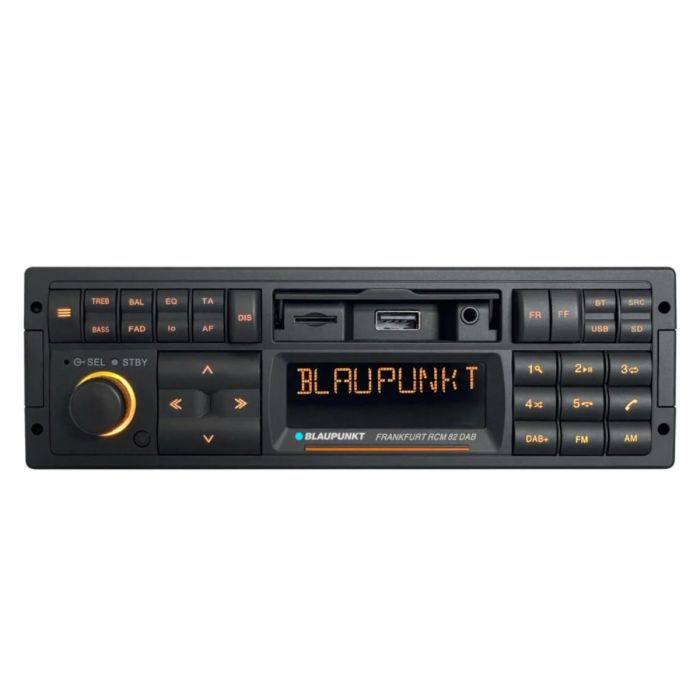 Skip to the beginning of the images gallery

Over the years, some models have become true cult objects. Now we present the new interpretation of the popular 1-DIN car radio and combine the unique selling points of the 90s model with new technologies and functions. The result is the Blaupunkt “Frankfurt RCM 82 DAB”.

Its operating concept, simple design and crystal-clear reception contributed significantly to the popularity of the original Frankfurt RCM 82. In the new edition, we have adopted the styling of the original model, but at the same time given the radio a modern Vario Colour illumination for the keys and display.

Thanks to the Blaupunkt Codem IV FM RDS and DAB+ tuner, first-class reception also remains a strength of the new youngtimer car radio. New are the numerous interfaces, including two USB ports, an Aux connection and a microSD slot.

Audio streaming via Bluetooth is also not a dream of the future for the returning legend. Moreover, the radio bears the “Made for iPhone/iPod” label and ensures appropriate compatibility.

The audio sources can all be selected directly via buttons, and many other settings can also be accessed directly at the touch of a button. Further functions are located in the clearly structured menu, which is presented in German or English. All settings are permanently stored even if the battery is disconnected. This means that the entertainer from the 90s has arrived in the present.

The new “Frankfurt RCM 82 DAB” has a short installation depth – ideal for youngtimers with shortened installation slots. But it is not only the car radio itself that takes the user on a journey through time; the packaging of the device has also been elaborately designed and modelled on the original.

FROM THE CASSETTE COMPARTMENT TO MODERN MEDIA
The interfaces of the media port enable you to conveniently play your music collection via microSD, USB, audio input or even with an iPod/iPhone. Small pen drives and microSDs can also be used with the flap closed to preserve the original look.

INTERESTING FOR YOUNGTIMERS / OLDTIMERS
The original device was often installed in the VW Golf III, Ford Escort, BMW E30/E34/E36, Opel Kadett, MB W124/R129/W140, Porsche 911/944/928 and many more in the 90s. Now it returns as “Frankfurt RCM 82 DAB” in the old guise, but with the latest technology. And with “Variocolour” (4,096 colors), the illuminated buttons and the display can be perfectly matched to the color of the car model for a coherent overall picture.

How will you send my item?

We ship to addresses within the UK using Royal Mail and DPD couriers.

How much does delivery cost?

For orders to UK Non-mainland and International destinations, there will be an additional charge at checkout. Please see below for more information.

How long does delivery take?

Depending on the delivery service you choose, delivery usually takes between 1-3 working days to mainland UK from the moment we despatch your order. Orders to UK non-mainland and international destinations can take longer.

When will you despatch my order?

*Please note that international orders may require extra checks before we are able to despatch your order so timescales may vary.

Can I track my delivery?

Yes - Order tracking is offered as standard on all items, whether they are shipped via DPD or Royal Mail. You will receive your tracking information via email once we have despatched your order.

Due to the UK leaving the EU, some of our delivery partners have changed the way we ship to international and offshore destinations. This means that for the time being we are unable to ship items to these locations.

We are still accepting orders to these destinations however delivery times and prices are not final. We will confirm via email once we know more from our delivery partner.

Shipping for all items to UK Non-Mainland and International destinations will incur a charge at checkout. This charge is not final and we may need to charge for additional postage if required.

Shipping to international destinations may require further security checks and I.D. may need to be provided by the cardholder. We reserve the right to cancel any orders where you are do not pass our security checks or do not pay for appropriate postage.

Please note that we are unable to ship some items outside the UK. To avoid any disapointment please contact us before making your order.

What do you class as UK Non-mainland?

Rep. Ireland, N. Ireland, Channel Islands, Jersey, Guernsey, Isle of Wight, Isle of Man and Scottish Highlands. If you are unsure whether your address is classed as UK Non-mainland please feel free to contact us and an advisor will be happy to help.

For any further enquiries with regards to your delivery please contact us on 020 8561 9845 and one of our adviser's will be happy to help.

I want to return an item 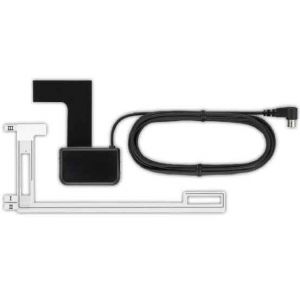